For Lives of Purpose and Service

Service has always been a core value of Lubbock Christian University. From stories of the University’s founding president F.W. Mattox climbing on top of the barracks during a fire to help evacuate students to various ministries and fundraisers that on-campus groups host year after year, LCU’s history is full of selfless actions to help others—a legacy that continues today, as evidenced by a new tradition of giving back.

This spring, LCU students, staff, and faculty blitzed the city in a community-wide day of service. The second annual LCU for LBK event, held in coordination with the Volunteer Center of Lubbock and LCU Community Partner United Supermarkets, began with the volunteers gathering in the campus mall for lunch before they spread out across the city. 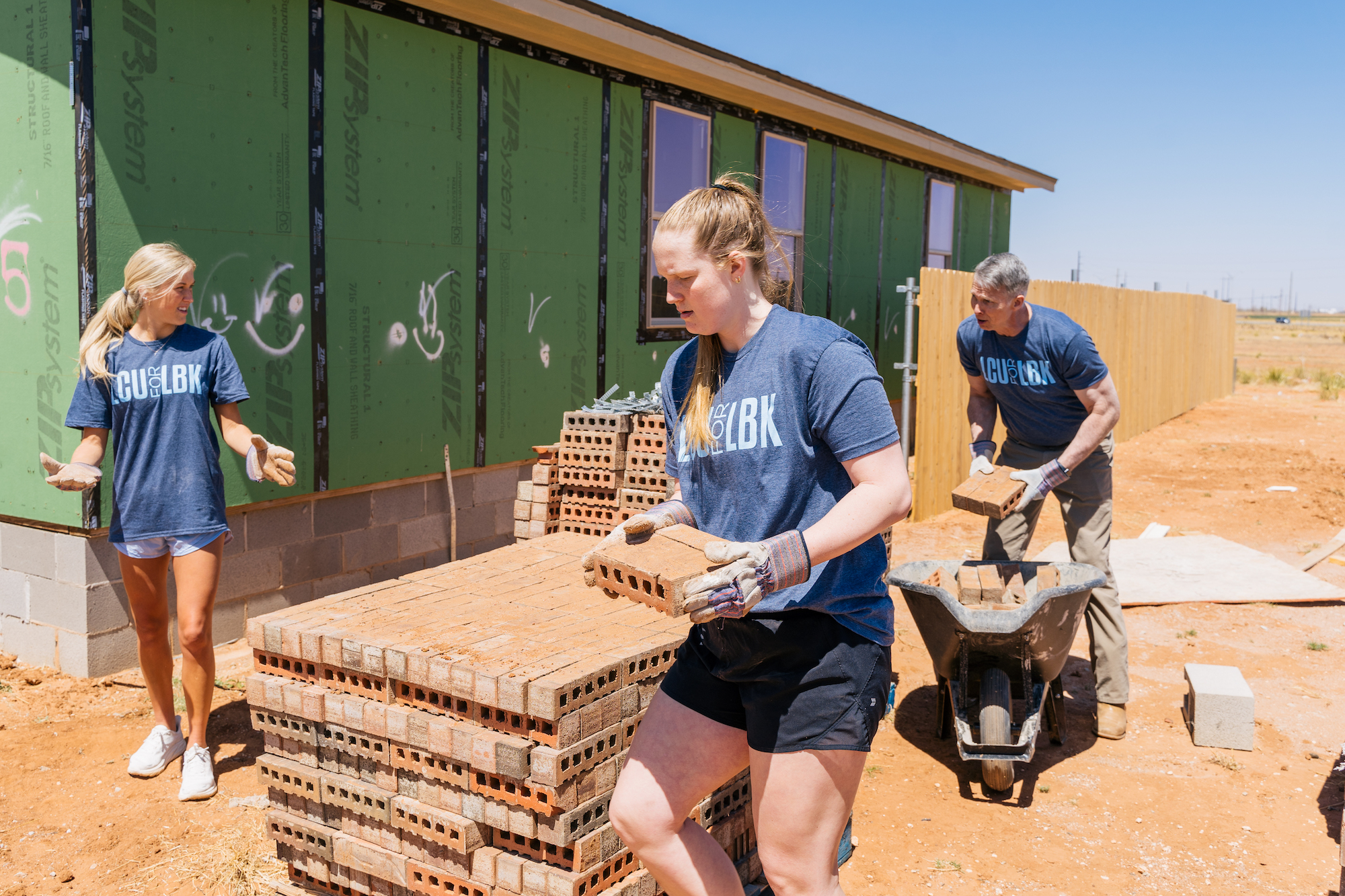 LCU President Scott McDowell worked alongside students at the second annual LCU for LBK event.“In 2021, over 200 faculty, staff, and students participated in service projects throughout Lubbock,” shared Kecia Jackson, LCU Associate Dean of Students and one of the organizers of the event. “While we know the impact was significant for those we served, I was able to witness the transformation that occurred in those from LCU as they stepped into service.”

Many of those who participated in the event last year were strongly impacted by the experience they had serving and were excited to jump in again this year. Current LCU students Anna Cary and Paige Schneider both shared the impact they felt from the day of service.

“LCU for LBK has been one of my favorite college experiences so far! I love being able to serve the Lubbock community and discover the great efforts happening all over our city,” said Cary. “I am thankful for the way that LCU truly emphasizes service and provides us with these opportunities.”

Schneider added, “LCU for LBK is important to me because it allows the entire LCU community to step off campus together and serve our neighbors. It is so easy to get caught up in your own work that you can forget you live in a city full of people who need help. LCU for LBK lets us take a pause from our busy lives to love the people around us.”

Cary and Schneider both had profound experiences serving at High Point Village and returned to serve there this year. High Point Village is a facility that serves individuals with developmental and intellectual disabilities, referred to as Villagers in their community.

Cary said, “I had never heard of High Point Village until I served there last year. I have such fond memories of singing and dancing with the villagers and getting to know their stories. God opened my heart that day to the importance of serving and helped me realize that as college students we have a unique opportunity to share our time with others.”

Schneider added, “Serving last year had a significant impact on me because I got to step out of my normal circle of friends to show love to some people I did not know. The way the villagers welcomed me into their space so willingly made me want to go back.” 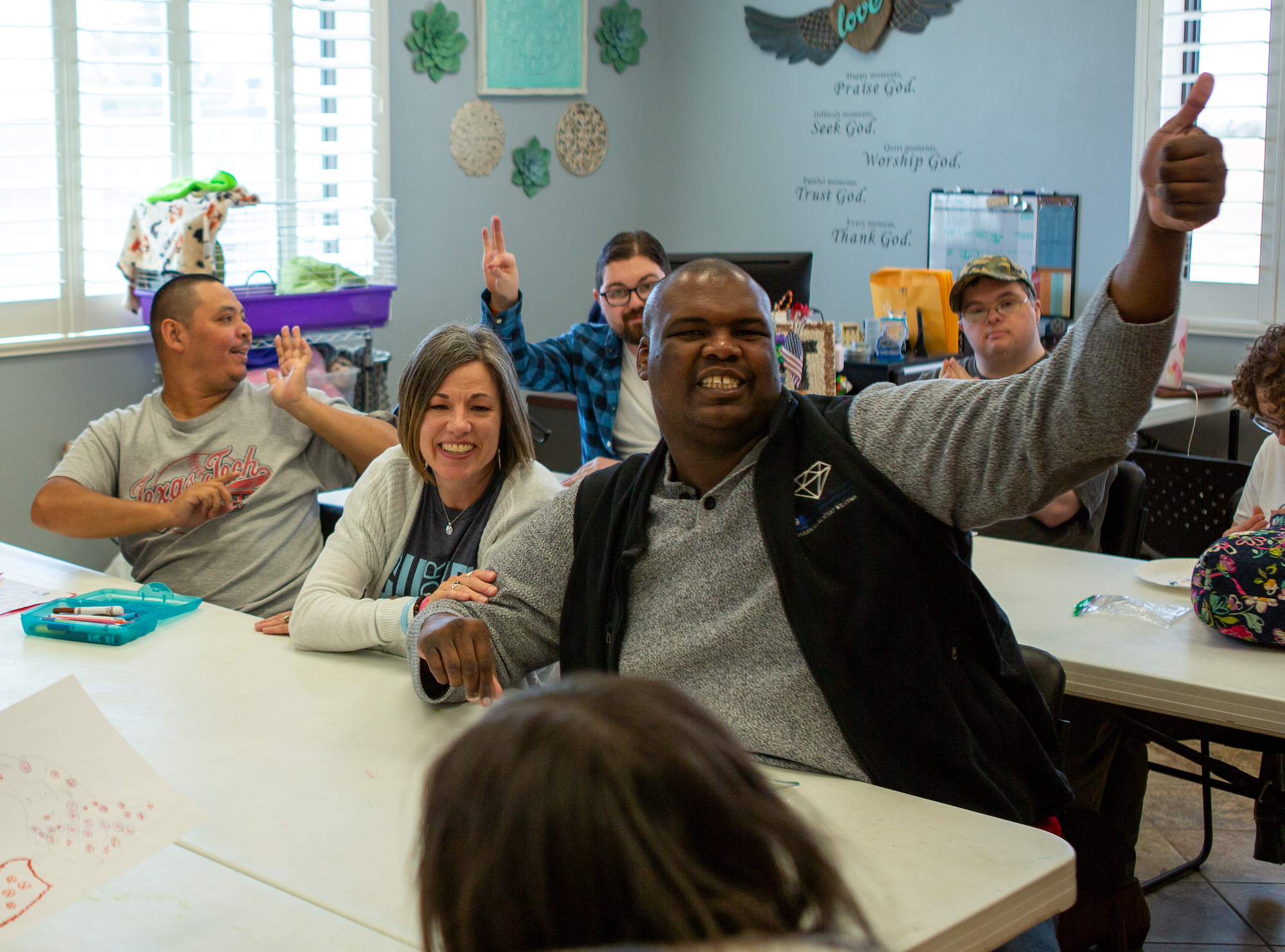 Serving the villagers at High Point Village has become a highlight of many volunteers’ LCU for LBK experience.Recent LCU graduate Landon Gomez (’21) was so impacted by his experience at High Point Village last year that he has continued to volunteer on his own throughout the year. “When I went to High Point Village for the first time, I was immediately drawn in by the hearts of the villagers,” he shared. “I saw worship like I had never seen before and a joy that was impossible not to be pulled in to. I went to serve with LCU, but it was the kind of place that I just had to invest in and be a part of, so I kept going back,” shared Gomez.

In addition to High Point Village, LCU for LBK participants served at the South Plains Food Bank, Hub City Outreach, Habitat for Humanity, Catholic Charities Resale Center, and many other local non-profits and agencies who serve those in need.

An LCU professor even brought the experience into her classroom. Jana Anderson, Assistant Professor of English, brought in alumna Mary Rose Garcia (’15), a forensic investigator for the Children’s Advocacy Center, to speak to her Young Adult and Children’s Literature class the morning of the event.

“Students bought and brought more than 60 new children's books to donate to the CAC,” Anderson shared. “Children who come into the Children’s Advocacy Center have been pulled out of a traumatic situation, often in the middle of the night. After they are interviewed by a trained forensic investigator, they are taken to a beautiful room where they can pick out a new book, a soft new blanket, a stuffed animal, and fun snacks. Some children have never owned anything new—and in the midst of a terrible moment, there is also a spark of joy as they choose these gifts.”

“My hope for my students was for them to be grateful for loving homes, to think about how they will, as future educators, report abuse if they are suspicious, and how they can help the CAC through prayer, through volunteerism, and through donations,” she added. 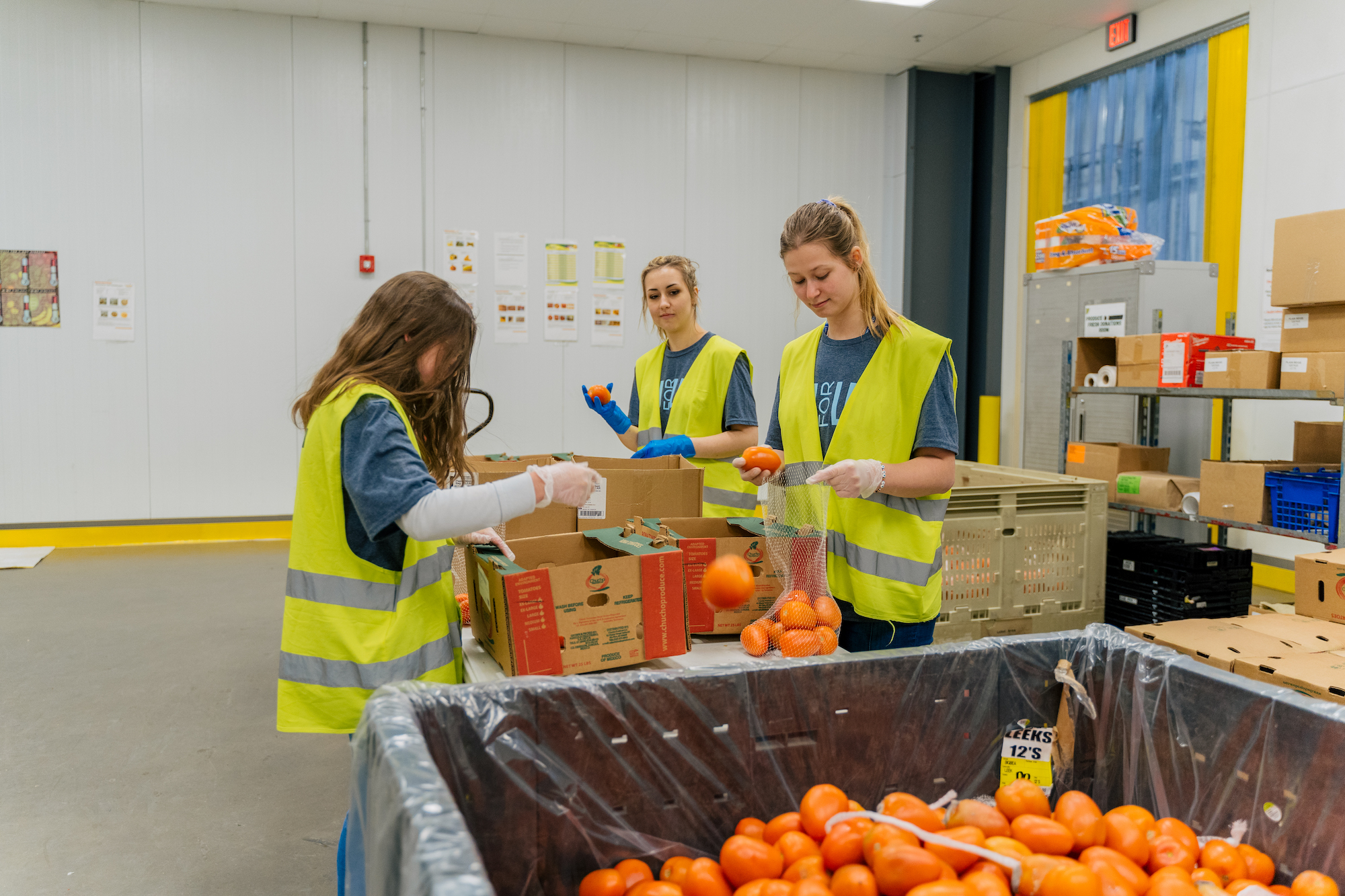 LCU for LBK places volunteers to serve those across the Lubbock community, including the South Plains Food Bank.Jackson went on to share, “LCU is blessed to be a part of the Lubbock community and LCU for LBK is a fantastic way to give back. It is also an opportunity for the students to put into action what they are learning in the classroom. April is such a busy time on campus, so it is a wonderful time for us to step back from the stress of the day-to-day and serve something much greater than ourselves. It is who we are as a university, so we want to walk that out every opportunity we get.”

LCU President Scott McDowell believes that this is an incredibly important event for the LCU community. “The idea behind LCU for LBK is really simple and is embedded in that little word, ‘for,’” he shared. “Lubbock Christian University is for the Lubbock community, and we want to show Lubbock we are for her by serving her. One of the most compelling and winsome qualities of Jesus is that he showed everyone by his actions that he was on their side—he was for them, not against them. We take our commitment to Jesus seriously and it’s really following in His commitment to service that makes our mission come to life. We are for this community, and when we actively serve Lubbock, our mission becomes tangible.”

Learn more about how LCU’s commitment to faith that inspires our community to serve. 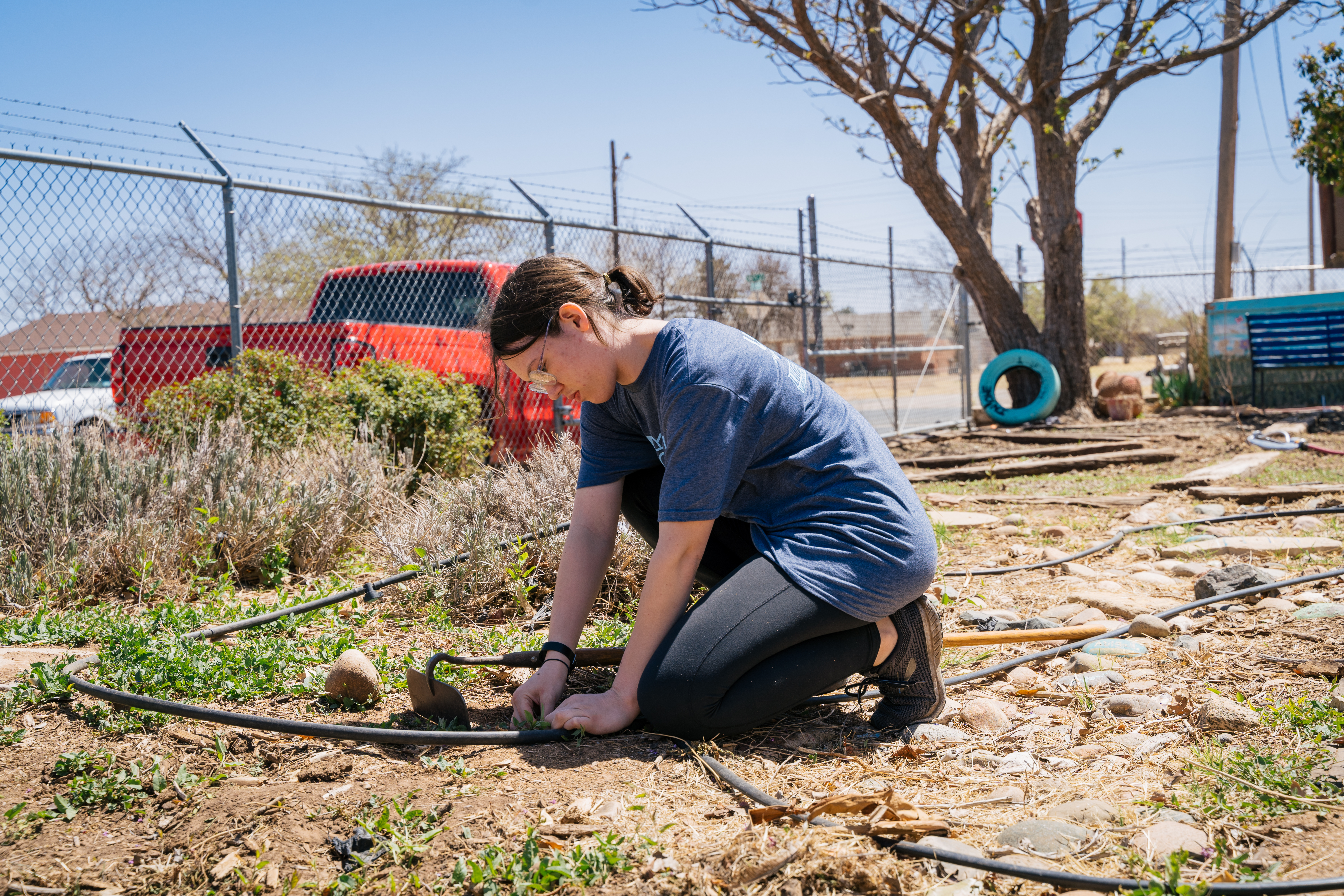 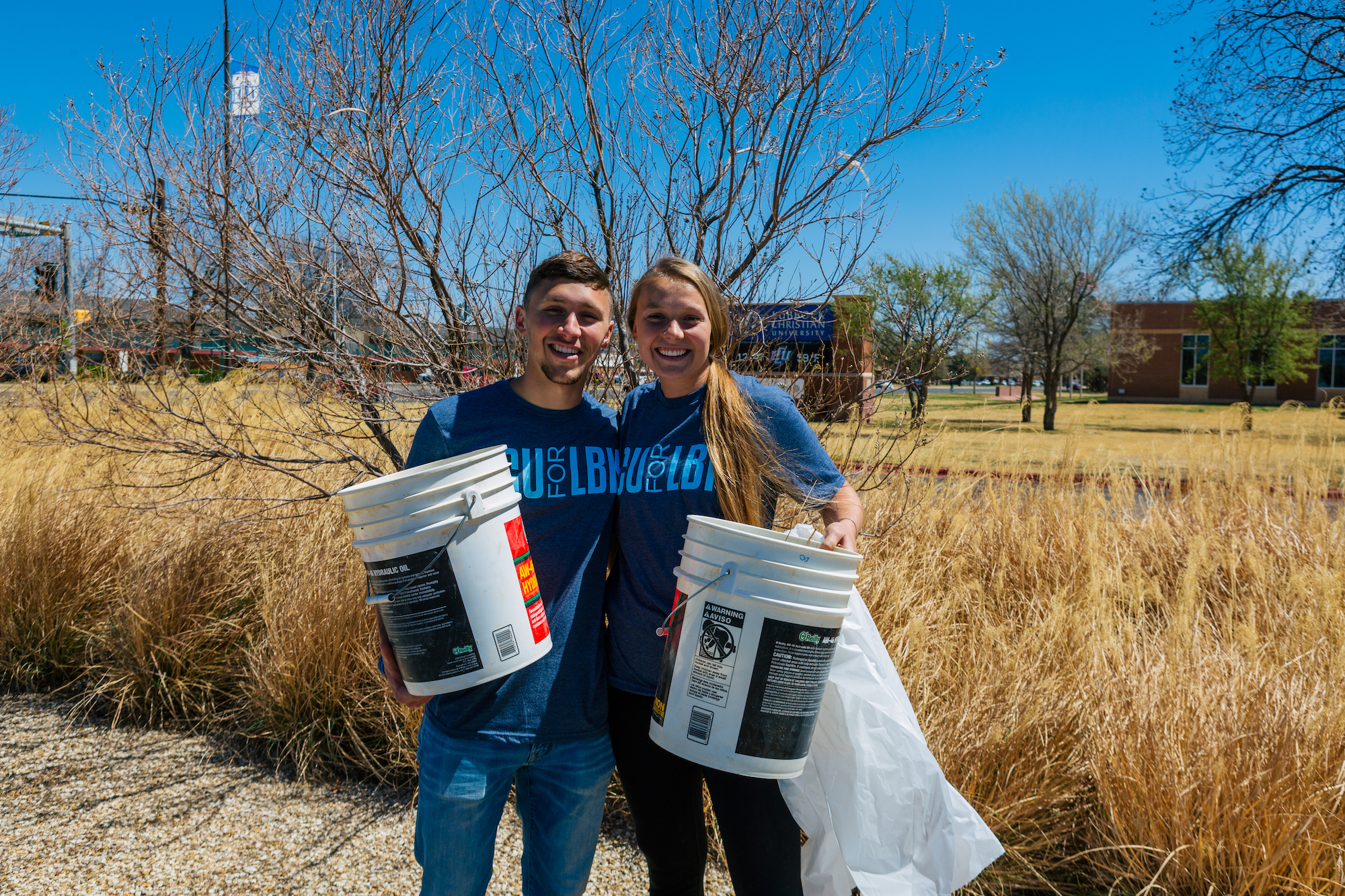 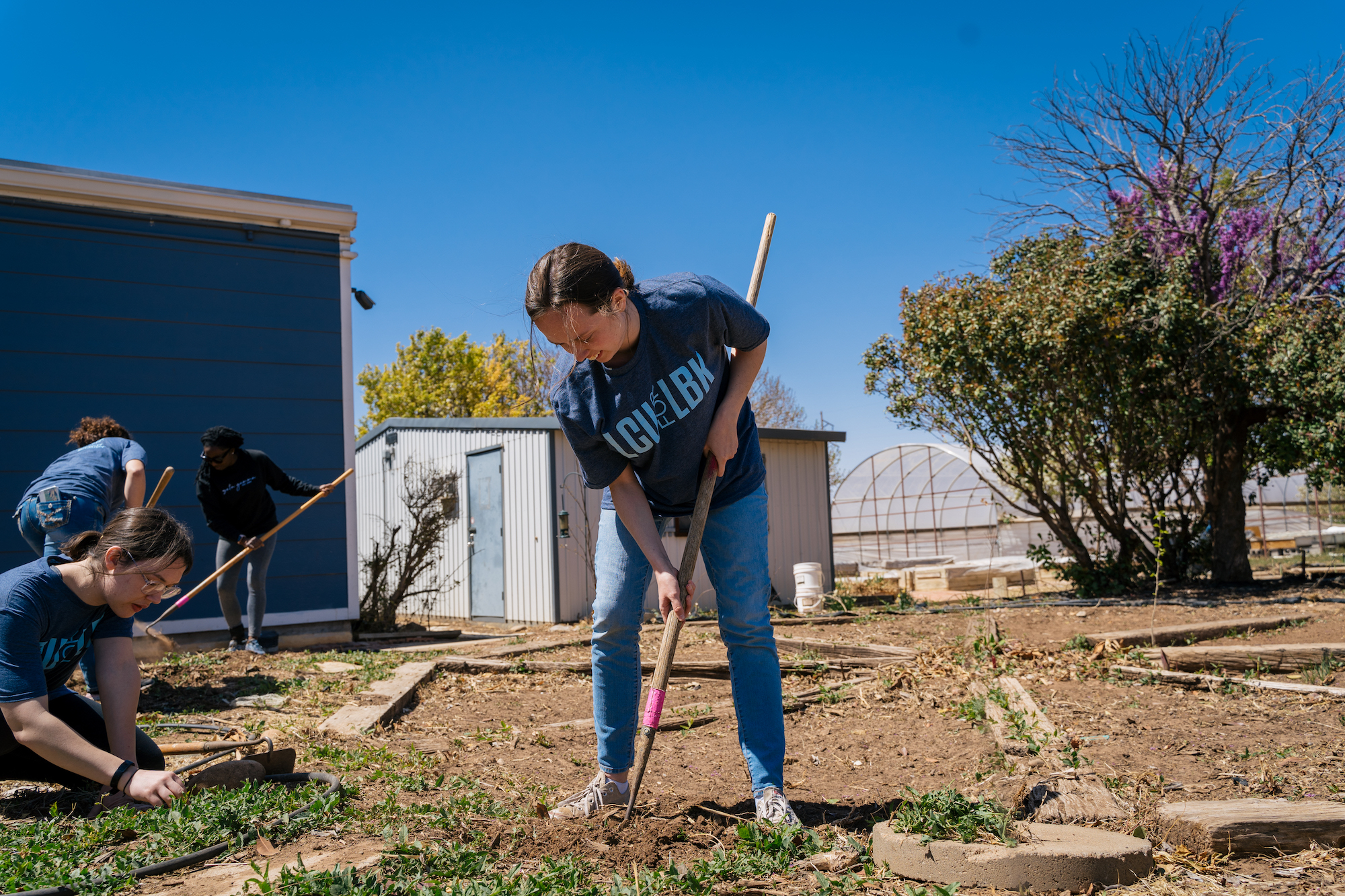